1962
Began studies in painting at the StatensHåndverks- og Kunstindustriskole, in the same class as Odd Nerdrum and Sidsel Westbø. Ransve benefi ted most from studying under Borgar Hauglid and Gert Jynge. First studio on Urtegata, where he borrowed a storeroom, 1962–1966.

1963
Class trip to Denmark, where he saw the work of American Pop artists, including Andy Warhol and Roy Lichtenstein.

1964
Began studies at the Statens kunstakademi. Strong focus on drawing and painting, mainly nudes and anatomical studies. Participated with other students in an anatomy course at Universitetet i Oslo (the University of Oslo) in the Avdeling for anatomi (Department of Anatomy), 1964–65. Spent many days and nights with studies there.

1965
Took a studio on Elvegaten, where the Plaza Hotel was later built. Received Houens legat (Houen’s grant). In the autumn he travelled with the academy for three weeks in Leningrad and Moscow. Rembrandt’s paintings in the Hermitage made a strong impression. Became romantically involved with Karin Blehr (1942–2000) who was studying painting at Statens Håndverks- og Kunstindustriskole.

1967
Painted “Hode I–IV”(Head I–IV). Took a studio in Handelsbygningen on Drammensveien. A productive year for drawing, during which central motifs were established. Travelled to London with the academy; saw paintings by Francis Bacon, among others. Received Thomas Fearnleys minnestipend (Thomas Fearnley Memorial Stipend).

1968
In his last semester at the academy he studied printmaking (lithography and etching) under Arne Malmedal. Extremely productive period in the studio. First solo exhibition at Johan Stray’s Galleri 27, in Oslo. Ransve debuted with drawings and lithographs (including the fi rst of the backs).

19690
Without a studio. Renovated a loft on Frydenlundsgaten into a studio, completed in November. Worked extensively with printmaking, created two major series of backs (colour lithography) with a view to an exhibition at Galleri 27. Received Hans og Helga Reusch’ legat (Hans og Helga Reusch’s grant). Participated in the academy’s annual exhibition in May–June. Kulturrådet (Arts Council Norway) purchased an etching.

1972
Worked on the series “Litografi ske hoder” (Lithographic Heads), which was exhibited at Galleri 27 in the autumn. In the summer he travelled with Dag Hofseth to Kassel to see Documenta. Was impressed by the American Photorealist painters (particularly Bechtle, Goings, McLean and Salt). Productive period of drawing.

1973
Ransve and Karin Blehr built a house on property belonging to Blehr and her sister on Nesøya, a small island near Oslo. The lion became a central theme beginning in 1973. Rolf Nesch received the Heinrich Steffensprisen (Heinrich Steffen’s Prize) in the spring. The prize is awarded to a visual artist or cultural fi gure from one of the fi ve Nordic countries, who can in turn designate a younger recipient. Nesch chose Ransve for the smaller prize, and he travelled to Hamburg to accept it. Afterwards, he travelled to Düsseldorf, Cologne, Kassel and Aachen. Painted “Bolusben” (Bolus Leg) in the summer. Received Statens treårige arbeidsstipend (National three-year work stipend).

1974
Ransve and Blehr married and moved into the new house. Drew “Baccanale-scener” (Bacchanal Scenes) and created a series of lithographs of lions.

1976
“Tegninger til et tema” (Drawings for a Theme) at Munch-museet (The Munch Museum) Pål Hougen. Over 400 drawings and some graphics. The fi rst and to date only time an individual artist has been granted such an extensive exhibition at the Munch Museum. The exhibition was considered controversial within the art world. “Hjerte og smerte” (Love and Pain), at Kunstner forbundet in Oslo, featured paintings and some 170 drawings. Nasjonalgalleriet (The National Gallery) purchased “Grønn harlekin” (Green Harlequin), “Avrevet hode” (Severed Head) and three drawings. Debate followed in the newspaper, Aftenposten, where Trygve Hegnar criticised the National Gallery’s acquisition and was of the opinion the museum should prioritise Odd Nerdrum. Karin Blehr responded in what would become known as “The Great Nerdrum Debate”. The Swedish curator Staffan Cullberg organised a Nordic group exhibition inspired by Munch’s motif “Öga mot öga” (Eye to Eye), which also was the exhibition’s title. He included Ransve after having seen his show at Munch-museet (The Munch Museum). The exhibition was held at Liljevalchs konst hall, Stockholm, and travelled to: Kunstnernes Hus (The Artists’ House) in Oslo; Bergen Kunstforening; Amos Andersons Konstmuseum (Amos Anderson Art Museum) in Helsinki; Nicolaj Kirke (Nikolaj, Copenhagen Contemporary Art Center) in Copen hagen, and Reykjavik. Focussed on printmaking towards the end of the year, producing “Stenhest” (Stone Horse) a

1977
Productive working period, many drawings. Painted “Svevende ben I–II” (Floating Leg I–II) and diverse heads. Created a number of graphics, among others “Hestekranium” (Horse Cranium) and “Kentaurtorso II” (Centaur Torso II). Travelled to Antwerp to see a Rubens exhibition mounted on the occasion of his 300th birthday. Saw an ape in a zoo which inspired him to work with this subject. The ape became an important theme during the years 1977–83.

1978
Built studio next to the house on Nesøya. Painted “Asiatisk hode” (Asian Head). Showed lithographs and drawings in the exhibition “Forvandlinger” (Transformations) at Galleri 27.

1979
Participated in the group exhibition “Norskt 70-tal tendenser” (Norwegian Trends in the 1970s) at Kulturhuset in Stockholm, where Ransve and Nerdrum each had their own exhibition rooms. Painted “Likben” (Corpse Leg) and “Stort hestehode” (Large Horse Head). Drawing exhibition “Harlekin” (Harlequin) at Galleri 27.

1983
Completed a painting exhibition at Kunstnerforbundet of apes and harlequins. Featured in a television portrait program on NRK TV. Highly productive drawing period. From May through June, he drew seventeen of the Indian images every night; this led to his theme cycles around Africans and Indians.

1984
Began in earnest to paint large Indian pictures. Developed a surface-oriented and expressive style, with among others “Diagonalt lyn” (Diagonal Lightning). Productive winter. He had nearly the entire exhibition ready before he even received the invitation to be the Bergen Kunstforening’s annually featured Festspillutstiller (Festival Exhibitor). The relationship with Karin Blehr came to an end. Ransve moved into the studio in the autumn.

1985
Festspillutstillingen (The Festival Exhibition) at Bergen Kunstforening, where he showed paintings, drawings and lithographs with the African and Native American imagery. Much discussed. Parts of the exhibition were also shown at Kunstnerforbundet, Oslo and Nordiskt Konstcentrum, Helsinki.

1987
“Malerier 1965–1987” (Paintings 1965–1987) at Kunstnernes Hus (The Artists’ House) in Oslo. Also exhibited non-fi gurative paintings for the fi rst time. Worked with lithography on a variety of images. Drew little in the period.

1987–1992
Participated in “Eighty European Painters”, an exhibition under the auspices of the European Council which opened in the European Parliament’s building in Strasbourg, and subsequently travelled to fi fteen European countries (1987–88). The exhibition was a collaborative project between European newspapers during which readers joined two professional art critics to form a “jury”.

1988
Exhibition of graphic work at Galleri 27. Began in earnest to work non-figuratively. In the spring, created the interior décor for the Riksrevisjonen (Office of the Auditor General of Norway) offices on Victoria Terrasse, seven paintings on silk.

1990
A productive year. Early in the summer he painted his first pictures with white lines on a black ground. Gamle Wang Kunsthandel in Oslo, all three floors. This was his first exhibition of exclusively non-figurative works, to the public’s great surprise. Museet for samtidskunst (The Museum of Contemporary Art) purchased a large painting.

1991
Expanded the house/studio on Nesøya.

1994
An exhibition of paintings at Galleri Riis in Oslo, in November. Øystein Ustvedt received his Master’s Degree in Art History from Universitetet i Oslo (The University of Oslo) with the dissertation “Figur og fragment – Bjørn Ransves malerier 1963–1986” (Figure and Fragment – Bjørn Ransve’s Paintings 1963–1986).

2000
Haakon Ransve and Karin Blehr died this year. Drew a sequence of series, including fl owers in January – February and spirals. Major retrospective exhibition of paintings, as well as some drawings and graphic work at Museet for samtidskunst (The Museum of Contemporary Art) in Oslo. Paintings and drawings, Galleri s.e. in Bergen.

2001
Anne Marie Ransve was appointed senior surgeon of the maxillofacial section of The University Hospital of Ullevål, Oslo.

2002
Sandnes Kunstforening. The opening exhibition for Galleri A, Oslo.

2003
Painting exhibition at Baroniet in Rosendal.

2004
Daughter Maria Ransve was born, May 9th. Drew variations on the spiral, as well as horses in landscapes with lightning. Commissioned work for Asker Kulturhus. Painted directly on the wall (17 x 33 m).

2007
Created some large paintings on the old theme “changes”. Worked on the planned book of paintings, to follow up “RANSVE – Drawings 1961–2005” was started. The photographic work was planned to start during February, with the photographer Stein Jørgensen. He had shown great effort and brilliance during the work on the book of drawings. Unfortunately, at the end of May, Stein was diagnosed with cancer, leading into a dramatic time of fight against the deadly illness, unfortunately ending by his death in September. Should in june be “the Summer Exhibitior” in Kunstnerforbundet, Oslo, but because of a conflict with the exhibition place the exhibition was closed one day before opening. The incident led to some media turbulence. Sandefjord, Vandregalleriet, exhibition autumn, Lillehammer Museum of

2008
London visited during October, to experience the Francis Bacon exhibition at Tate Britain. A visit to the publisher in Stuttgart together with wife Anne Marie, to make preparations for the new book.

2009
Work with the new painting book continued. New “black paintings” and some different paintings created. New Drawings of fl owers created. Several trips to Stuttgart for working with the painting book. Bærum Art Association, participation in a drawing exhibition together with among others Jan Groth. Bergen Museum of Art, exhibiting once more “the Black Paintings”, together with two “Paintings of Indians”, in the tower hall.
RANSVE – Paintings 1962 to 2009 showing more than 670 drawings, was published by Arnoldsche Art Publishers, Stuttgart.

In the Collections of: 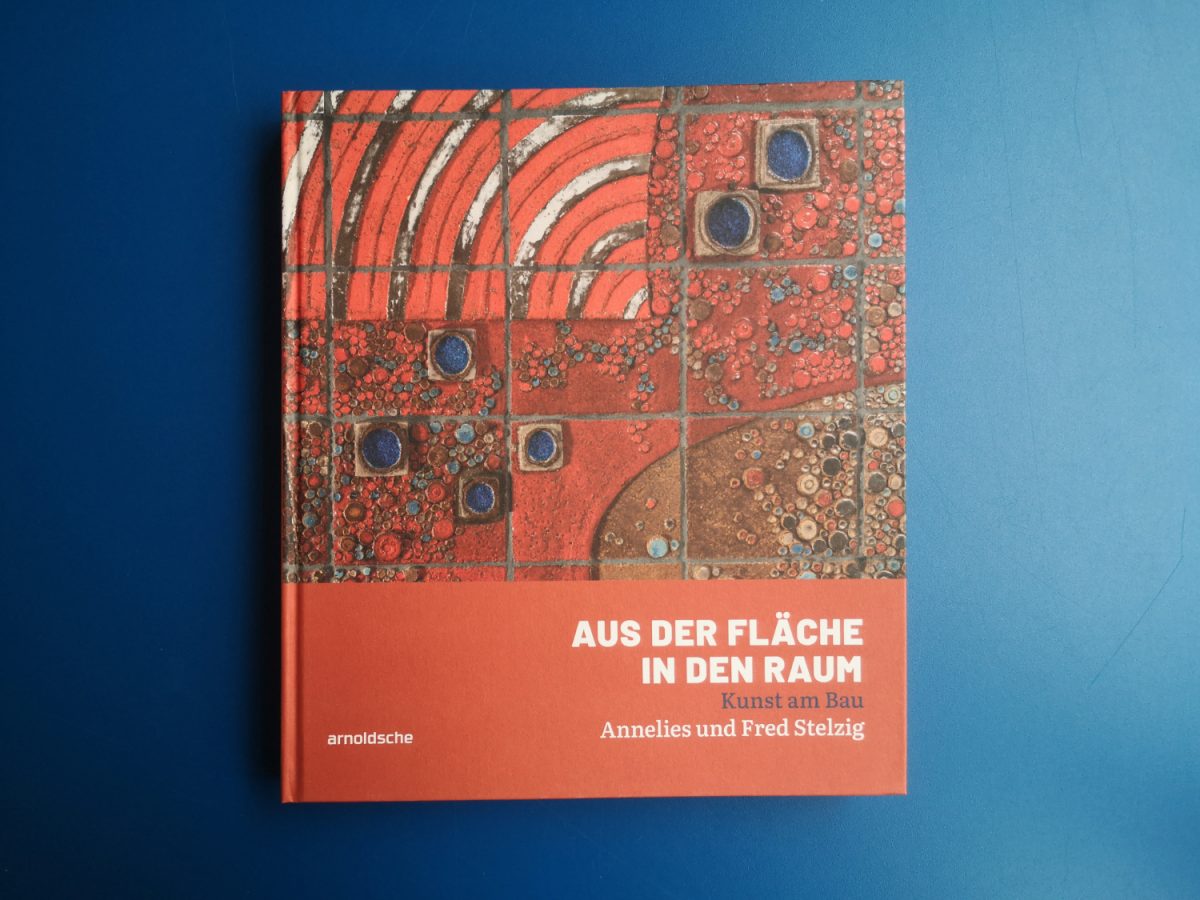