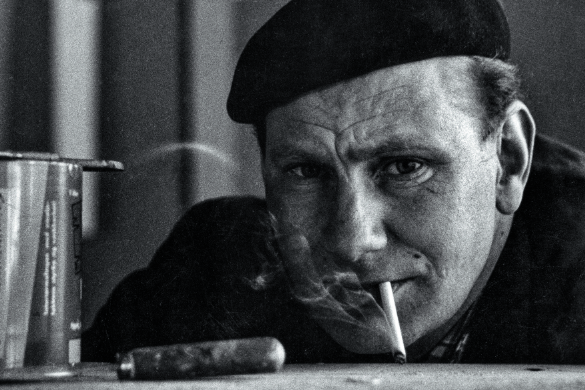 The Southern Norwegian Sørlandets Kunstmuseum presents the work of Gunnar S. Gundersen (1921–1983), one of the most important post-war artists in Norway. There, in the 1950s and 1960s, he gave significant impulses for the development of non-figurative and concrete painting. He formulated his own style in the 1960s: works with a strong coloring, for which he was inspired by science fiction novels and atomic fission. From then on, Gundersen is considered one of the few concrete artists in Scandinavia.

The comprehensive monograph written by Jan Kokkin appeared recently in our programme.