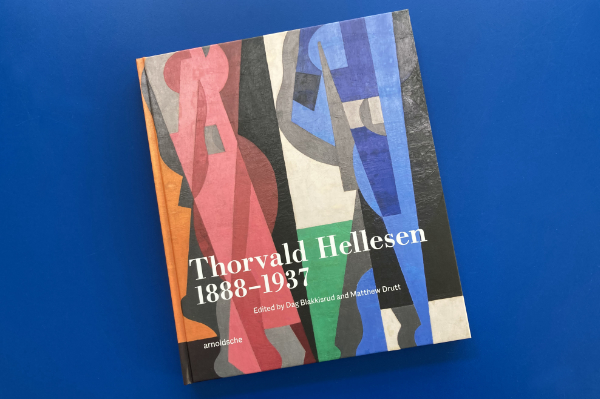 In a short but intense life, Norwegian artist Thorvald Hellesen has created a unique oeuvre. Although he is considered Norway’s first cubist, his works have remained largely unknown.

It was during his stays in Paris in the early 1910s that Hellesen first encountered Cubism. Here he became part of La Section d’Or, a group of artists who further developed the Cubist revolution of Pablo Picasso and Georges Braque, placing more emphasis on the use of color and new perspectives. Many of the most of these Cubists were associated with La Section d’Or, including Robert Delaunay, Francis Picabia, František Kupka and, last but not least, Hellesen’s close friend and inspirer Fernand Léger.

The publication is presented at Villa Eckbo in Slemdal (Oslo). Designed by Arnstein Arneberg, the villa once belonged to Hellesen’s close friends and patrons Alice Mary and Eivind Eckbo. It is a private residence, and this is the first time the public has been invited to enter Hellesen’s studio and see the artist’s work in this historic setting.

The publication Thorvald Hellesen. 1888-1937 was produced thanks to the generous support of Eckbos Legat. This charitable foundation aims to contribute to making the works of Thorvald Hellesen accessible to a broader public.